Office moves are not uncommon at Rare. As projects, priorities and teams change, engineers move around to be closer to those they work with. It’s not a necessity given the joys of IM and email but there comes a point where you need to be around those sharing your common goals.

And so today I packed my stuff in a box and for the 20th time since I joined the Twycross studio moved desks. Thankfully it’s gotten a well practised routine as a good proportion of those moves being in the last year or so. It got me thinking though about how it used to be.

Casting my mind back I remembered I blogged about the pain of shifting desks at the end of Viva Pinata. Compared to the one trolley load I created this time it took me a mammoth eight journeys then.

Moving to an open plan office helped slim my stuff down (as I had no where to put it), as did realising I didn’t need to keep every document or note that I ever took. It’s strange to consider how or why I had all those possessions at work and decorating my shelves. I miss a handful of the trinkets that used to keep me company on the long crunch nights but at the end of the day, when you have a Megabloks Pelican, a large fluffy Kirby, and a pair of T-rex, you can’t complain. 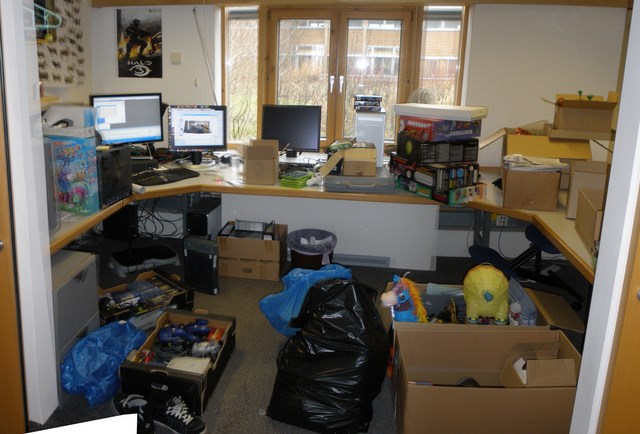 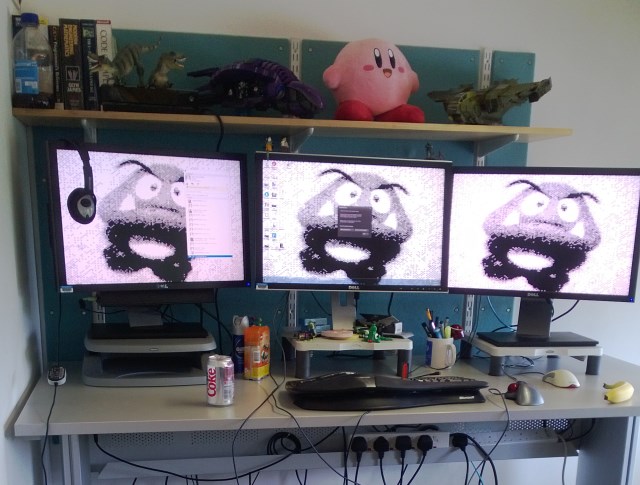 And as someone pointed out at work; if I drank the Coke and scoffed the banana I’d be even more streamlined.

This entry was posted in General, Rare