C is for car

I had a Sesame Street moment over the weekend as it appeared it was brought to me by the letter ‘C’; in between the Christenings, curries and Cthulhus we ventured car shopping, which proved an interesting experience.

Personally, I don’t get cars. They’ve never really held an interest for me and are merely pressed, metal boxes on wheels that are there to do my bidding, so attempting to pick a make and model out of all those that exist has proven traumatic. 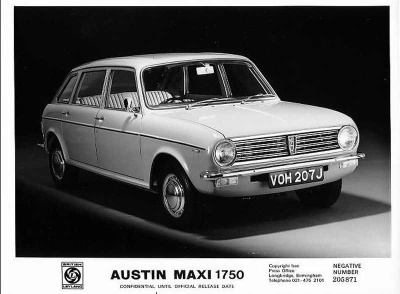 Luckily, after advice from various quarters and wandering through rows and rows of the metallic beasts, we’ve decided upon a diesel Fiesta. Nothing fancy but it should get the job done whilst at the same time hopefully being slightly more efficient than the one we have now.

The highlight of this adventure, though, was when I got to test drive my first automatic. It was a very odd sensation, after five years of using your left leg and arm constantly to pop up and down the gears, to suddenly have them sitting their idle make me feel as though I wasn’t doing it right. By the end of it I thought it was great, the ease at which you could drive, but it did feel as though half you body had just become redundant.

The one thing I wanted to say, but didn’t in case I scared both Ali and the saleswoman, was “Sweet! Now I can drive just like I do in my games; I don’t use gears there, either!”

This entry was posted in General