Whilst I have dabbled in Ico, I never really felt its magic. With Shadow of the Colossus, however, I fell into its glorious world and gladly found myself lost in it for hours on end.

The fact that Team Ico managed to make such a delightful game seemingly composed of nothing but boss battles and a boy who constantly shouted at/for his horse is a testament to the emotion and core mechanics they instilled in the game. Judging by the love shown out there I know I’m not alone, either.

So, when Team Ico started touting for new employees with an advert based around this “screenshot”, the internet* lit up with speculation about their new project. What could it be? Where does the chain lead? What does the page name of Wanda mean? Is that a bath plug? 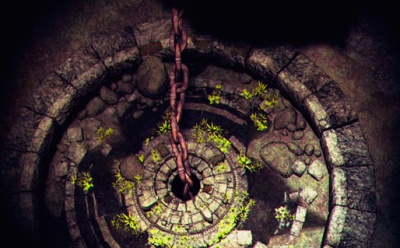 Darn them and their secretive ways, especially as this could be the one thing that could tempt me to get a PS3.