Flick through the seasonal copy of Empire and the pages teem with seasonal blockbusters and cinematic yarns about snow and the joys that this time of year brings. If I asked you to rattle off a list of ten, neigh a score, of Christmas related films then I doubt you would struggle for no longer than it takes for the more senior of your relatives to polish off a bottle of Tesco’s Finest sherry.

Switch out “film” for “game” however and I think you’ll struggle. Easy fare such as “Home Alone: the Game” is banned, and so you’re left with anything than may involve a glimpse of St. Nick or throwing in a smattering of snow. A much reduced field.

Before you ponder for too long though and I spoil your Christmas mood, let me take a stab.

A favourite of my other-half, NiGHTS was one of the few games to take advantage of the Saturn’s oft forgotten analogue pad. Players would control characters as they flew as though Peter Pan through many vivid worlds, flying through hoops and collecting stars. It was a very freeing experience.

Christmas NiGHTS itself was a pseudo follow up; a promotional game released for a limited time during the run up to Christmas 1996 only. Despite such a small run it still became a cult classic packed with extra features that were unique to this sampler. Levels and UI would change depending on the Saturn’s internal clock, with snow covering the ground and Santa outfits on all the main characters if played on the day itself.

Right, we’re on a roll. Gawd bless Psygnosis and their love of blatant seasonal tie-ins.

As with NiGHTS, these started as a pair of very short demos of the original Lemmings back at the start of the 90s. Sensing there was something, the following two years saw the release of full Christmas editions of the suicidal puzzlers. Gone was the green hair and blue smocks and in their place Father Christmas hats and coats.

Though not uncommon for platformers to have elemental levels, Banjo’s snowy Freezeezy Peak went a festive step further. Enter Boggy’s Igloo and there you’ll find his three ungrateful offspring complaining that their dad hasn’t shown up with their Christmas presents. The brats only cheer up when you go and bring them their gifts, caring little that you had to save Boggy from choking to death on a Jiggy in the process!

In this comical, N64 beat-em-up, you’ll find the anti-Santa. Grossly overweight and dressed in nothing but his beard and a loincloth, this evil clone is intent on conquering the North Pole and ridding the world of his goody-two-shoes namesake.

He’s surprisingly spry as he leaps about the screen and in doing so makes you ponder quite a different fate for the Coca Cola adverts if he’d been around a few decades back.

Released on no fewer than 14 different platforms since its original 1991 launch, Mr Pond has been thwarting Dr. Maybe’s attempts at ruining Christmas for two whole decades. After defeating his nemesis in his original outing, our fishy friend has chased the evil doctor to the North Pole, where’s he’s hidden in Father Christmas’ workshop with the elves as hostages.

Not content with his pun on Britain’s greatest secret agent, this is where James also receives a cyborg body upgrade to aid his infiltration into the fatman’s grotto. Call it a thinly veiled excuse to subtitle the release: RoboCod.

The original Animal Crossing was something on a masterpiece; constantly enticing you to keep the village clean, expand your house, and general keep the mafia racoons off you back. As holidays loomed however, the neighbourhood took on a different atmosphere.

There was a sense of excitement in the air as the ground would first frost and then become covered in snow, flakes falling as you wandered through the orange groves. Snowballs could be rolled into snowmen and come Christmas Eve Jingle the reindeer would appear, handing out presents to all he met.

The white of the snowstorm that persists throughout Max’s tale fits perfectly with the film noir style. It sits in such contrast with the dark surroundings that many of the storytelling graphic novel panels have more than a passing resemblance to Sin City, adding to the bleakness.

Admittedly, Max Payne is not strictly set at Christmas, but the snow has always bound it to the time year so tightly for me. In fact, thinking back, I almost felt that the joy of everyone else at that time of year, between Christmas and New Year’s, was at such a contrast to Max’s own experience that it must have been an intentional choice.

It turns out I was a very good boy last year. Whilst I was away Father Christmas managed to squeeze a lovely selection of board and video games down the chimney for me. Not only that, also some running shoes to help me work off my slothful pastime. However, there was one present that racked me with guilt as soon as I pulled it from its wrapping. Tearing away the paper of one specific gift revealed the white DVD box of a Wii game.

I haven’t played my Wii since Easter. Ali has been seen using it occasionally with the balance board, but at such times I leave the room. It merely being turned on in my presence usually brings forth a rant based on my disappointment of the machine. The only reason it still lives in my house is because I can’t bring myself to sell a console, just in case there is a game that will all make it worth while around the corner.

Sadly this generous gift was not it. I resolved to try for a week to want to the play it, even just to plug the Wii in, but on every occasion I found myself with some free time I did not find any will to do so. Each time I hovered near Nintendo’s toy my mind would flit to Mirror’s Edge, Left 4 Dead and Rock Band 2 and on would go the Xbox. I felt genuinely terrible about this as it was the platform’s fault and not that of this specific game. Someone had put some thought into this present and here it was going to waste.

So, at the weekend, I told them and asked if they had the receipt so I could exchange it. In doing so I hoped that they would at least appreciate my honesty and the fact that this way I wasn’t pretending to like their gift whilst it actually caught dust in my TV cabinet. Hopefully they see it like changing an ill-fitting jumper or a garish shirt.

Did I do the right thing? Ultimately, I like to think I did but the guilt still lingers. 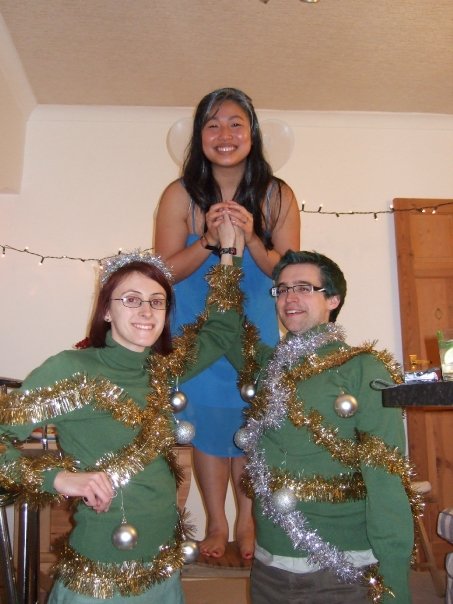 ChristmasHow do you play yours?Pile of games

More bang for your buck

A comment last week started me thinking about how I try to get through my pile of games. At this time of year, coming off the back of Christmas’ usual glut of releases, I always have a reasonable stash to play through, but how to go about it? 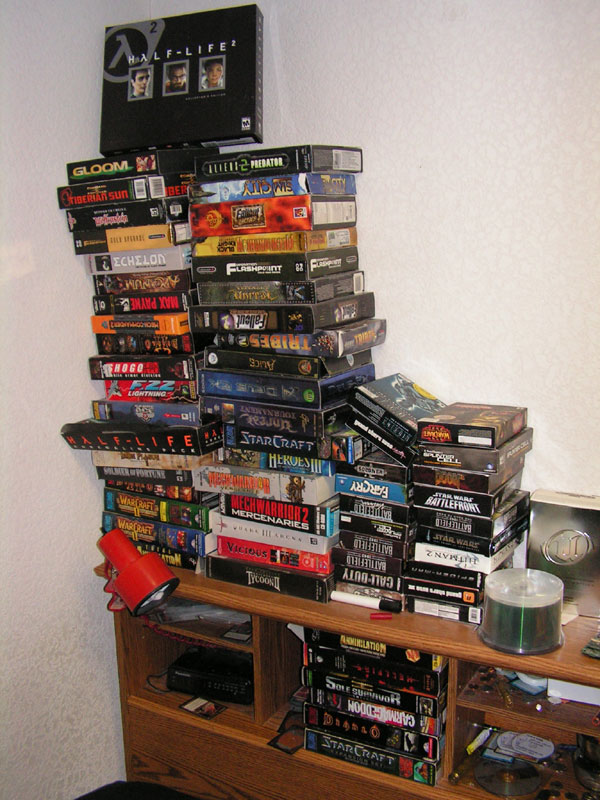 Do I play each one through until the end credits, getting the most for my money, or do I sample each one a little and pack in more over the year? I’m sorry to disappoint the completists amongst you, but it is definitely the latter.

Whilst this system may mean there’s a chance of getting distracted and never finishing a truly great game, I would rather give a variety a try and get a wider range of experiences than just concentrate on a single release. After all, if a game really is that good it should bubble back up through my pile.

Admittedly things have changed over time; when I was younger, pocket money was a cherished resource and birthday presents were to be appreciated, meaning that games lasted far longer as you never knew when the next one would come.

Now the flipside is true as I definitely have more disposable income but my free time is somewhat reduced. Oh, the irony.